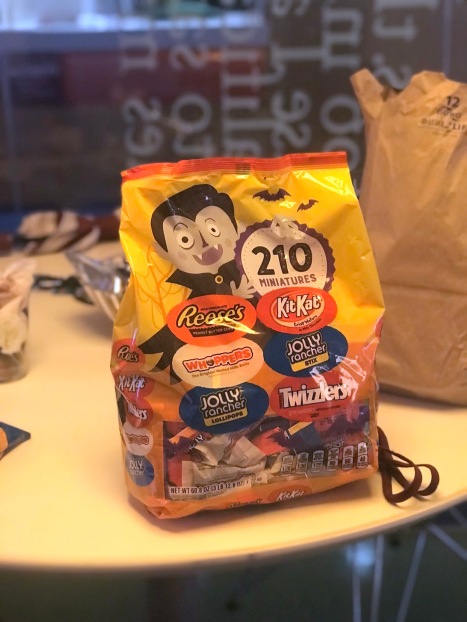 With Halloween just around the corner, children and adults are ready to indulge in chocolate. However, the sweet taste of chocolate is about to turn bitter.

One of the biggest staples for Halloween is candy and chocolate. People all around the world eat it for special occasions, for enjoyment, or just as a late night snack. As the sweetness of chocolate collides with your taste buds, recognize that the sweet taste has a bitter backstory.

More than 70 percent of the world’s supply of cocoa comes from Côte d’Ivoire and Ghana. This is an industry that generates more than $100 billion per year in consumption value and 10s of billions in profits, yet still brings below-poverty wages for farmers.

U. Roberto Romano, a photographer and human rights advocate, traveled to West Africa to document the lives of child slaves involved in cocoa production in Côte d’Ivoire.

“The price that we want is a price that is fair to us, but it will not be too much. We only want a little,” said a local farmer that Romano interviewed. “We’ll give you cacao for 1000 CFA, which is $2. That would be good for us.”

Unfortunately, cocoa farmers don’t have much bargaining power over a multibillion-dollar cocoa industry that controls the supply chain and ultimately determines their livelihoods. This results in low wages, which means that farmers cannot hire the labor needed to harvest the crop, so they end up turning to child labor to make ends meet.

Tulane University completed a research in 2013/14 where they found that 2.12 million children were working in cocoa production and 2.03 million were working in hazardous work in Côte d’Ivoire and Ghana combined.

According to the International Labor Organization, child labor is work that deprives children of their childhood, their potential, and their dignity, and that is harmful to physical and mental development.

They further explain that child labor involves various things such as children being enslaved, separated from their families and exposed to serious hazards and illnesses.

Children working in the cocoa industry are in hazardous conditions because they are exposed to agro-chemicals, work long hours, and carry heavy loads.

Admittedly, I myself hadn’t known about the horrible conditions that children go through. Let alone that children are being deprived of an education and sold to work in cocoa production until this year. I had to do intense research to understand what I now know.

Now, I am advocating and shedding light on this issue because not enough people know what goes on in the cocoa industry.

When I shared this information with one of my friends, one of the comments she made took me by surprise. She said that I shouldn’t be talking about child labor in the cocoa industry when I’m wearing clothes that come from countries that don’t have great labor conditions. This is when I knew she didn’t understand that I wasn’t telling her to stop eating chocolate but just to be aware of how children are being enslaved for us to enjoy the sweet taste of chocolate.

When Romano interviewed what he called an “enslaved cocoa worker” from Côte d’Ivoire, Vincent, the enslaved boy said, “Tell them, when they are eating chocolate, they are eating my flesh.”

Vincent said this because children on cocoa farms are being underfed, enslaved, trafficked, abused, crippled, and beaten so badly that some even die.

Romano also spoke with an 11-year-old boy who used to be a slave of chocolate.

“I will tell you how I lost my arm. I tried to escape, but I could not. They caught me and tied me to a papaya tree and they beat me and broke my arm,” he said. “From here my life was ruined. It was a shame. They beat me because I asked about food.”

The boy went on to say that to punish them, they took the juice from the cocoa and fermented it. Once it was fermented, it would make the child laborers nauseous and often caused them to lose their balance. When the kids are forced to drink this and they fall, the farmers would pick them back up and beat them. This 11-year-old boy still dreamed about being beaten.

Stories like this are what pushed me to work on and do more research on child labor in the cocoa industry for my honors thesis at the University of Massachusetts Amherst.

I am not trying to tell you to stop eating chocolate because you stopping won’t solve the problem. I’m telling you to be aware and take a second before you shove chocolate in your mouth to understand what children in West Africa and even around the world go through for you to enjoy your chocolate.