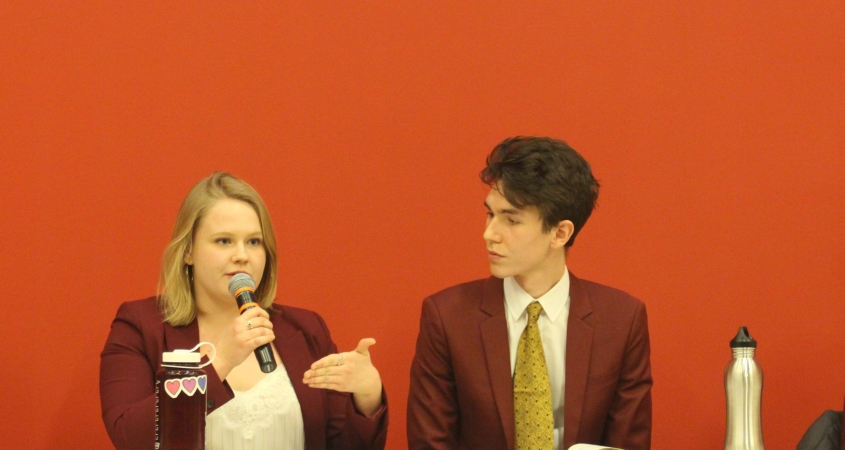 Timmy Sullivan may fit the same physical appearance as almost all of our past U.S. presidents (by physical appearance I mean the fact that he is clearly a white male), but through one single interaction with him I was able to realize his true dedication to advocating for racial justice, even on a local scale.

This interaction first occurred while I was in high school, when my school was going through social turmoil over the spirit week theme, “Freedom Friday.” Many students were angered over how some of the black students in our school wore all black—to protest police brutality and support NFL player Colin Kaepernick—instead of the traditional red, white, and blue usually referring to “America.”

Clearly there was nothing wrong with wearing something other than red, white, and blue because the term “freedom” can mean anything to anyone since they have the freedom to choose—American colors were not the specified theme. Yet many white students, especially in my international relations class, began to talk poorly about the Black Lives Matter movement,  saying racial slurs and bashing the entire movement.

As a result, my international relations teacher took the initiative to dedicate class to learn about what the movement was and why it was significant. When I showed up to class the next day, Timmy was given the opportunity to sit in and listen to the conversation.

I did not know Timmy at the time, neither did I know that he went to the University of Massachusetts Amherst and was the president of the Student Government Association. But I did get to hear his unequivocal message to the people in my class.

Timmy not only supported every argument I presented from the perspective of a black woman, but also emphasized the message that the BLM movement gets across: that all lives matter of course, but right now black lives are being targeted and misrepresented, so it’s time to show that we support black people as well.

He not only impacted the white students in my class who previously deemed the movement as pointless, controversial, and stupid, but also changed my perspective of him, as a human being who cares about the rights of all people, regardless of their skin color.

A year later, I’m currently a freshman at UMass Amherst, where I have witnessed Timmy show that same dedication for racial justice through his activism and demand for the university to be more proactive in its fight to stop racial discrimination.

During the incidents at Melville hall last semester, Timmy was extremely vocal about the administration’s slow reaction and attempt to cover up the racial injustice occurring; he supported a coalition of students of color who came together to write comprehensive proposals for the university to create a climate of racial justice.

I cannot emphasize how much Timmy’s identity as a “white male” does not diminish his drive and determination to use his privilege to support efforts for racial justice. As a black woman, I am confident that Timmy and Hayden understand racial justice, and I am proud to support them for SGA President and Vice President.